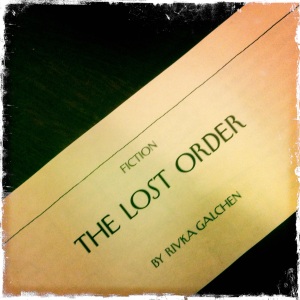 What I love about this story in a recent New Yorker is the narrator’s anxiety, so wonderfully revealed. It has a Miranda July weirdness about it…

“I was at home, not making spaghetti. I was trying to eat a little less often, it’s true. A yoghurt in the morning, a yogurt at lunchtime, ginger candies in between, and a normal dinner. I don’t think of myself as someone with a “weight issue,” but I had somehow put on a number of pounds just four months into my unemployment, and when I realised that this had happened – I never weigh myself; my brother just said to me on a visit, “I don’t recognise your legs” – I wasn’t happy about it. Although maybe I was happy about it. Because at least I had something that I knew it wouldn’t be a mistake to really dedicate myself to. I could be like those people who by trying to quit smoking or drinking manage to fit in an accomplishment, or at least an attempt of an accomplishment, into every day. Just by aiming to not do something.”

and what about this for great description of two female delivery persons;

“I feel somewhat bad because I find I am staring at these women’s asses (I think of that word as the most gentle and affectionate of the options) and I feel somewhat good because both of the asses are so attractive, though they are quite different: one is juvenile and undemanding, and the other is unembarrassedly space-occupying and reminiscent somehow of gardening – of bending over and doing things. The pants are tight-fitting. I do know that I – and really everyone – am not supposed to think this way about women, or for that matter men, because, I guess the argument goes, it reduces people to containers of sexual possibility. But I’m not sure that’s quite what is going on. Maybe I just think these women have solved the getting-dressed problem.”