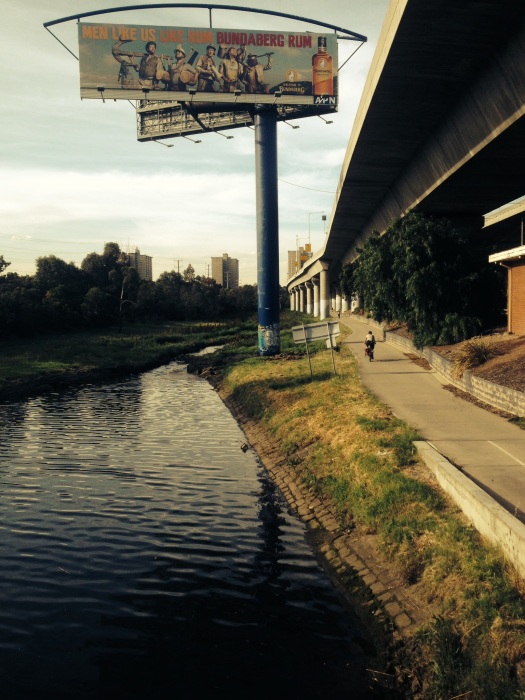 Swan taxi to the airport. Wagon.

No need to dismantle the chair.

First question before reaching the end of the street.

“That man – he was your husband? And the boy your son?”

“What is happened to you?”

I explain. Paralysed. Long time. No need for you to feel sad.

“He must be a good man. Where I come from a man would not be with a woman such as you.”

He is an original refugee from Afghanistan after 9/11. He came by leaky boat to Christmas Island 14 years ago. Thirty hours at sea. Once a school teacher. Now a taxi driver.

He tells me how good men are in Australia. He tells me the story of how his small son must spend a night in hospital and in the same hospital room is another child. The parents of this other child are a strong and handsome man ( more handsome than himself, he says) and a woman who has, how do you say? He makes a chopping motion at the elbows and knees as he drives.

“Yes. This would never happened in Afghanistan,” he says.

“She would be discarded there. But here she has a handsome man. Remarkable.”

Then he tells me of going to the desert with his mother when he is young man. They are visiting ancestral lands. They travel on the back of an open truck. Struggling along the side of the road is a woman astride a donkey with a man on either side supporting her. He bangs on the truck window and gets the driver to pull over. He sends his mother over to the woman to find out what is wrong and if they can offer assistance. The mother returns to the truck and says it is no use. The woman has been in labor for over a day. The baby is half in and half out. His mother has had many children and he trusts her knowledge when she says nothing can be done. He says the woman has the most terrible look on her face. His mother tells him the infant is already dead and the woman will soon join her child. He asks the truck driver if they can take the woman, but he refuses saying she will bleed and mess on his truck. The men with the woman do not want any help either. They want to press on, despite the futility. Akbar argues with the men – urging them to let them take her with them to get her to a doctor. He asks them if they had land or belongings that they did not think of selling in order to help her. But she is dying. They travel on, away from the truck. Barely fifty metres on she slumps over and dies. Akbar tries again to get the truck driver to take them back to their village. But the truck driver does not want to make his journey longer.

In Melbourne. In the taxi queue.

I ask him to pop the boot so I can show him, how once inside the taxi, I can dismantle the chair for him to load it inside. But he won’t take me.

“I can’t take you if you want to bring the chair,” he says.

“No,” he says – crossing his hands in front of his chest. Shaking his head. He drives away to the next customer and I am abandoned on the sidewalk.

I hear my mother’s voice.

The taxi controller begins her argument with the taxi driver. He gets out of his cab, gesticulating. She is photographing his licence plate and writing in her note-book.

I am negotiating with the next sedan driver. “You have to take me! I can dismantle the chair.”